The “asking” vs “guessing” cultural spectrum is one of many divisions between British and American culture (broadly speaking, though it varies across the USA/UK). I was explaining this to an American friend from one of the southern states recently. It goes like this:

At this point, you might think “Mission accomplished!”, but you’d be wrong! Of course it’s not that simple, don’t be silly. If you just say “Oh thanks”, then you can expect some stammering and backtracking. When I offered you my car, I wasn’t actually being genuine! Haha, as if I’d just let you use my car!

The important thing to a Brit, you see, is not to be generous, but to appear generous. If you ask for my car, and I don’t want to lend you it (which of course I don’t) then I’ll have to say no, which makes me look bad, and that means you are being rude.

And for the same reason, you mustn’t just accept my possibly-fake offer — you have to guess whether it is genuine, perhaps by refusing and waiting for me to insist.

But my insistence might be fake too, haha! Since we Brits have been doing this dance for so very long now, if I don’t pretend to insist at least once, it’s obvious that I’m tight-fisted, so I have to do that, and you have to keep on guessing.

To take another example: when we signed up to the 1951 Geneva Convention about letting refugees come to our country, it would appear some people thought we meant it! Hahaha as if we’d actually let loads of poor people needing lots of help into our country, are you insane?

If we did that, the UK would be full of refugees wouldn’t it? And when I say “full”, I mean “more than 0.1%” which is obviously excessive, and might endanger our majestic-yet-somehow-astonishingly-fragile, beautiful, generous culture.

No no no. Of course we didn’t mean it! But then everyone went and actually took us seriously, which is extremely rude, as I have explained. So we had to express what we really meant more clearly.

First job: make airlines liable for any invalid asylum claimaints, so that it becomes practically impossible for refugees to arrive by air. With a European Council Directive from 2001, that was easy! After that, they can still come by boat. So what we do is ensure that they can’t come by safe boats: 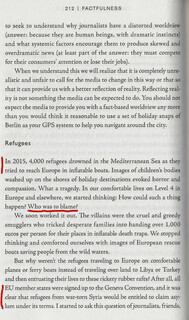 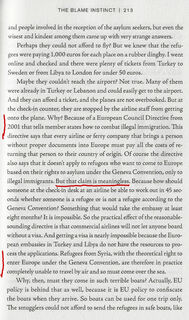 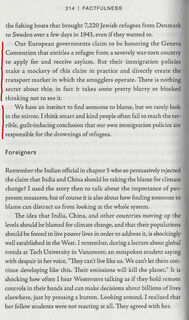 This does mean that every so often hundreds or thousands of people get drowned in the Med, which is unfortunate because we like to holiday there and it is a bit unpleasant when dead bodies wash up on a beach where you are sunbathing.

But dead refugees in the Med is much better than living ones inside your own borders, obviously, and the plan for this to work as a deterrent is going swimmingly! If you’ll excuse the, um, unfortunate choice of words.

However, even with all this, they still manage to get in. Have we not expressed ourselves clearly enough yet? What next?

We could of course come clean and say that this has all been a big cultural misunderstanding and that we never actually intended to let the refugees come here and can we please opt out now, but of course we don’t do that because — seriously, haven’t you been listening?

So, let’s just make it illegal for them to come. The “UK Nationality and Borders Bill“ — that’ll do it! Of course, this is basically in violation of international law, but international law is not actually enforceable, is it now? Did we make sure of that before we signed up? You bet we did!

If you actually want to do something instead of just getting mad, the Refugee Council’s Get Involved page should be useful. Any other ideas please let me know!